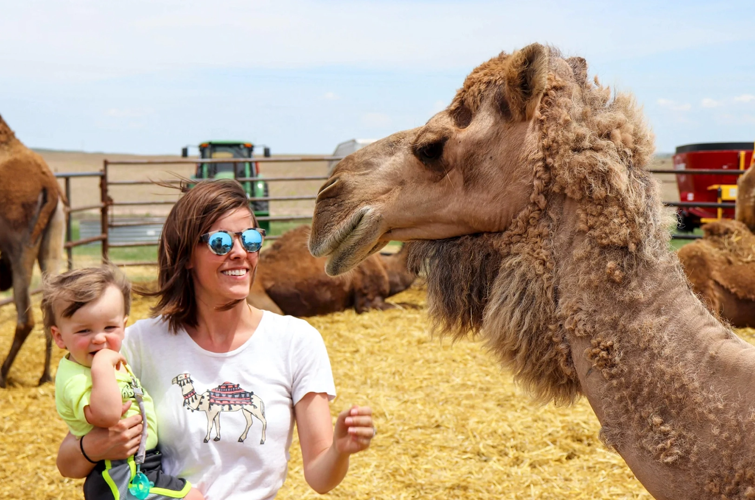 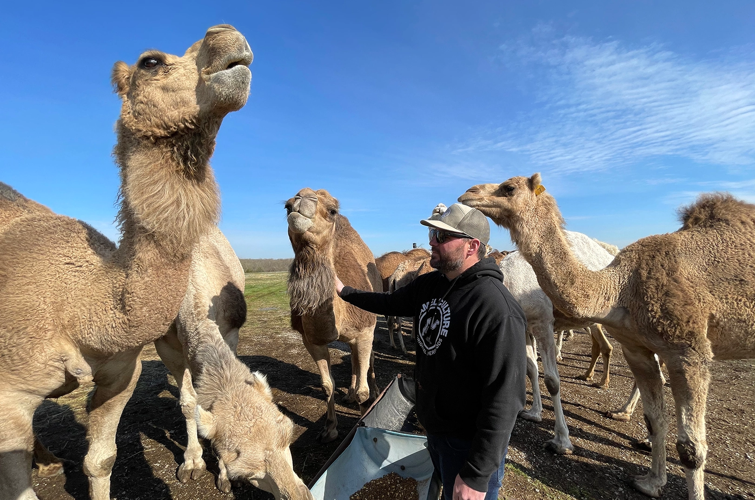 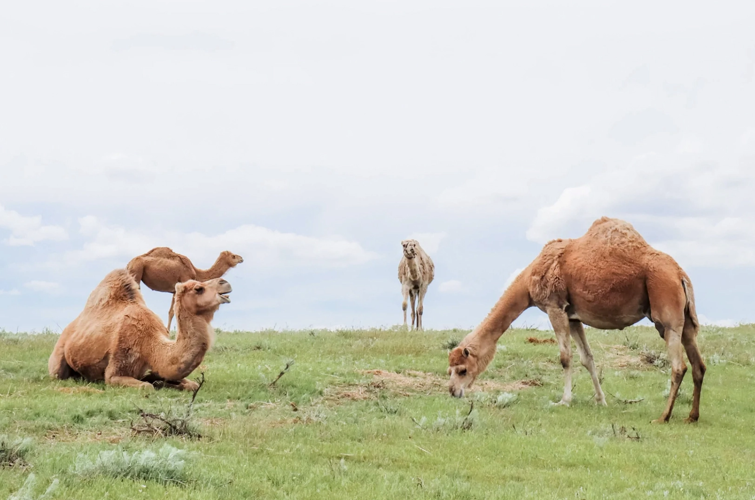 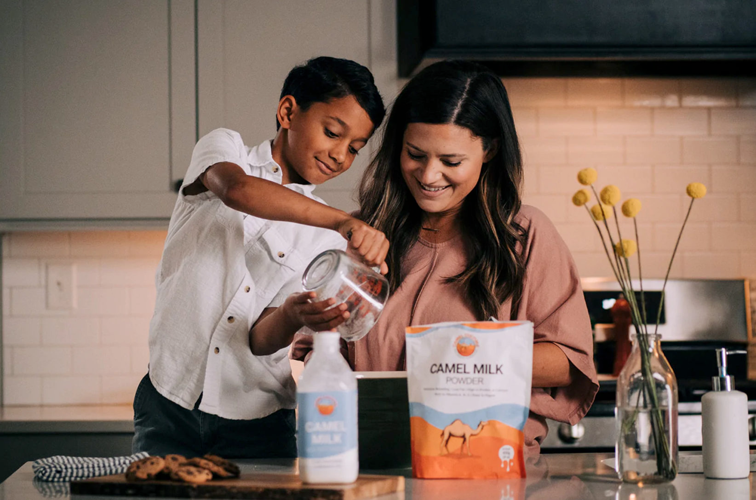 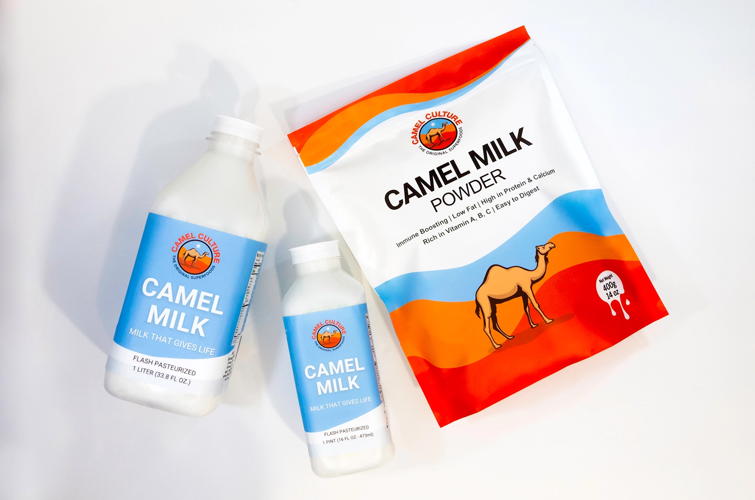 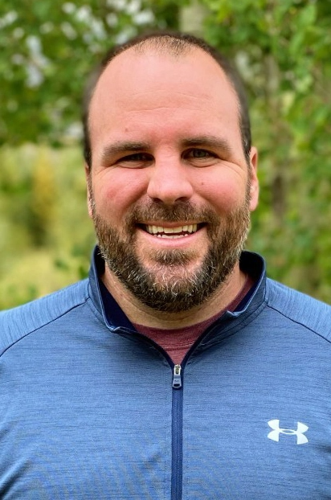 MILLER, Missouri — What started as a desire to help a few homesick Somali friends has turned into a nationwide camel milk business for Ryan Fee.

Although Fee is based in Colorado, Camel Culture milk is from a dairy in southwest Missouri and can be found on the shelves in about 10 halal markets in Kansas City’s historic Northeast neighborhood, including Baraka Halal Market and Tawakal Halal Store.

It all started in 2015 while Fee and his wife, Lauren, were living in Seattle and volunteering with a refugee resettlement program.

“We got to know a lot of these Somali families really well and learned a lot about their culture and life back home,” he said. “They’d share stories about how much they missed [it]. And one of the things they missed most — that we heard from every Somali family that we interacted with — was, ‘We miss camels and camel’s milk.’”

This got Fee and his wife thinking about the things they’d miss if they had to resettle in Somalia or elsewhere.

“We just got the sense that, when many immigrants and refugees come to the U.S., that the U.S. doesn’t cater to them the same that many other countries around the world do cater to Westerners,” he explained. “In areas around the world, you see McDonald’s and KFC and Coca-Cola products and all these things that are very Western. And so I think that we just got this sense of like, ‘Man, these people have got to be missing a sense of home being here.

“Everything seems foreign. They don’t know where they are and nothing feels or tastes like home to them.’”

Fee started researching and networking and found a camel dairy in Colorado who would ship to Seattle. He wanted a way to bring some comfort to his Somali neighbors, so he asked a Somali business owner if he’d be interested in selling it at his shop, which carries other products from East Africa.

“He’s like, ‘Well, I won’t believe it until I see it, until I actually see the camel’s milk and taste it to make sure it’s real,’” Fee recalled of the conversation.

So he had some shipped in from Colorado for a taste test.

“They were ecstatic,” he continued. “Everyone in the store just could not believe that camel’s milk was there.”

The milk was such a hit, according to Fee, that after they stocked the shelves, it had sold in less than 48 hours. So they kept ordering more.

​​”After about three months of doing that, we’re like, ‘Well, it seems like we’re gaining traction,’” he said. “‘We’re in three or four Somali-owned shops and restaurants in Seattle. We might as well just form an LLC and start a business and just have it be a hobby business as a way to bless our Somali neighbors. And so we started a camel milk company in 2016.”

While doing market research for a commercial real estate company, he said he was able to carve out time to sell milk within the Seattle community and they were eventually stocking the shelves off just about every Somali-owned shop and restaurant.

At the end of 2016, Fee started discussing expanding into other cities with a large population of Somali refugees.

“We knew that there were about half a million Somalis in the US,” he explained. “So we began connecting with these other communities around the country and places in the Midwest like Kansas City and Minneapolis and Sioux Falls.”

They started shipping to other Somali-owned halal markets in these communities, and in 2018, Fee and his family decided to move to Colorado to be closer to the camel dairy farm they were working with at the time and to the communities they were serving.

“Seattle was one of the few Somali communities in North America that was out west,” he said. “Most of them were like Colorado and east.”

But the same year they moved, he said, they outgrew the Colorado farm. Fee heard about Hump Back Dairy in Miller, Missouri. Roughly situated between Joplin and Springfield, the farm is run by an Amish-Mennonite community.

“It’s actually the largest camel dairy in the U.S.,” he noted. “So we began purchasing milk from them and doing the same thing: shipping it around the country to these different Somali-owned halal markets. Our company really began to grow a lot more through 2019 and into 2020.”

Fee said there are more than 200 dromedary camels — the variety of the animals with one hump — on the farm in Miller and his Camel Culture company owns about 20 in the herd.

“We wanted to invest in camels and ultimately invest into the farm that we’re working with,” he added. “In order just to be really bought into this farm and what they’re doing, but also, it did provide a bit of a price break for us going forward.”

He said he tries to go and visit the farm — where they just built a new facility — and meet with the owner and his team about two or three times a year.

“It’s a really, really cool place to just go and visit,” he said. “Seeing lush green pastures with rolling hills like it is in southwest Missouri, that’s just super pretty. And then you have these wild, giant animals just roaming. It’s beautiful and our kids love it.”

On the farm, milking a camel is different from milking a cow, he said. First of all, Fee shared, you don’t have to sit down. Second, the calf needs to be present for the camel to let down her milk and there is only a short window of opportunity.

“The milk gets let down for about 90 seconds,” he explained. “So you have 90 seconds to capture the milk before the milk will essentially shut off from the camel. So it has to happen very quickly. But then another dynamic with that is that the calf is always with the mom. So the calf can get milk all day long, and then for that 90-second period that we are getting milk from the mom, the calf’s in the stall with her mom or his mom.”

“You’re feeding two mouths instead of just one. opposed to a cow,” he said. “Like cow’s milk, the mom can just give all the milk to the dairy. You don’t have to have a calf with the cow.”

Plus, camels produce much less milk than cows.

“You would get about six to eight liters a day from a camel, whereas a cow, you get about eight to 10 gallons,” added.

When Fee started selling camel’s milk, he said, he quickly learned that there were other customers willing to buy their products besides just those who missed their homeland.

Compared to cow’s milk, according to Fee, camel’s milk has less lactose and casein (making it easier to digest), is lower in saturated fat, and has 10 times more iron and five times more vitamin C. Plus it’s rich in proteins, probiotics, and other vitamins and minerals. Globally, he said, it’s often compared to nutrient-rich breastmilk.

“It’s like the second closest thing to human milk,” he added. “The health benefits in it are extraordinary. … It’s just an all around just natural superfood.”

The milk is flash pasteurized, per the Camel Culture site, to make it safe to drink but also to maintain the nutrients.

In the midst of the pandemic, he said, 2021 was the company’s best year yet.

“I think that people began to realize the health benefits of camel’s milk and they saw how maybe this product, maybe this milk, can protect me from everything that’s going on in the world,” he said. “It was really neat to see just how people were really latching on to this idea that products from this area of the world can actually give you life. Because there’s such this negative connotation to things that come out of places like Somalia or places like the Middle East in Americans. So to really bring honor to these people and the culture and their products was just a huge highlight.”

At the beginning of the pandemic, Fee wasn’t sure how the business would be affected, so the company launched a few other products to reach out to more refugees and immigrants from outside of Somalia in places like Morocco, Yemen, and Syria.

“All of these places that are within camel culture — so think like North Africa, the Horn of Africa, or the Middle East — where people are having to flee, whether they’re under persecution or there’s famine or drought or war going on in their hometown, when they are coming to America where things are foreign,” he explained. “So we thought, ‘How can we continue to provide products and be a blessing to the people in these other communities besides just Somali?”

So at the end of 2020, the company rebranded to Camel Culture to reflect moving beyond just milk. And since then, it has started selling camel milk powder from the United Arab Emirates, date sugar from Tunisia, and camel’s milk soap from Oman.

The milk vertical of the business has all been self-funded, Fee said, but Camel Culture has begun seeking investors as it expands the product line (though monsoons in northern Australia have delayed things a bit).

“All of our funding and investments are on hold right now,” he said. “But as far as the milk goes, we have bootstrapped it from the beginning. We purchased that first box, sold it, and then took that money from that and purchased the next box. Now we’re shipping 150 boxes a week. So it’s been neat to see it grow.”

This story was republished from Startland News.