Skip to main content
You are the owner of this article.
Edit Article Add New Article
You have permission to edit this article.
Edit
Industries
Entrepreneurs
Government
Economy
Series
Subscribe
Share This
1 of 4 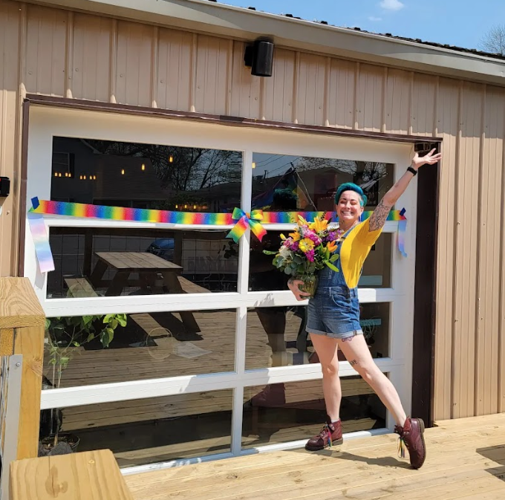 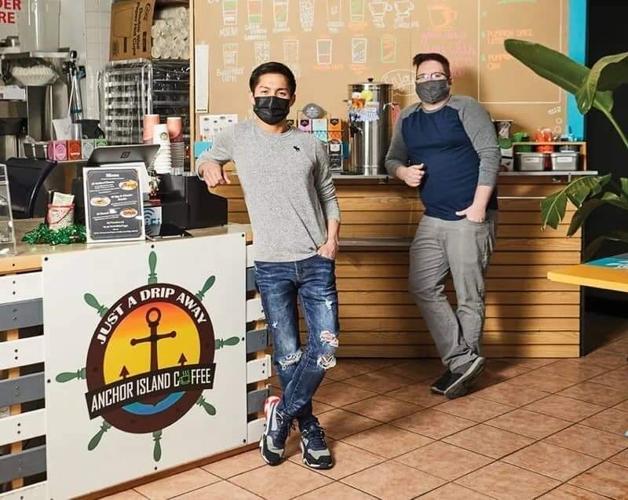 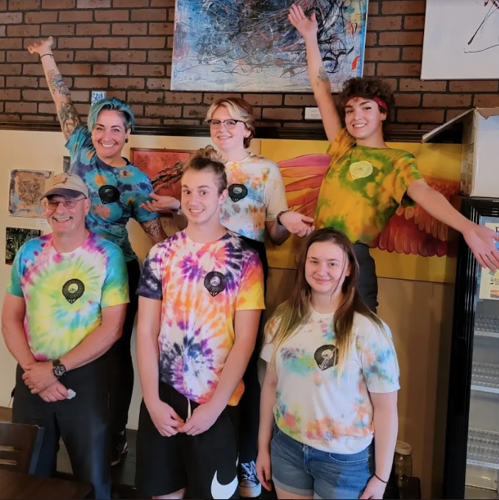 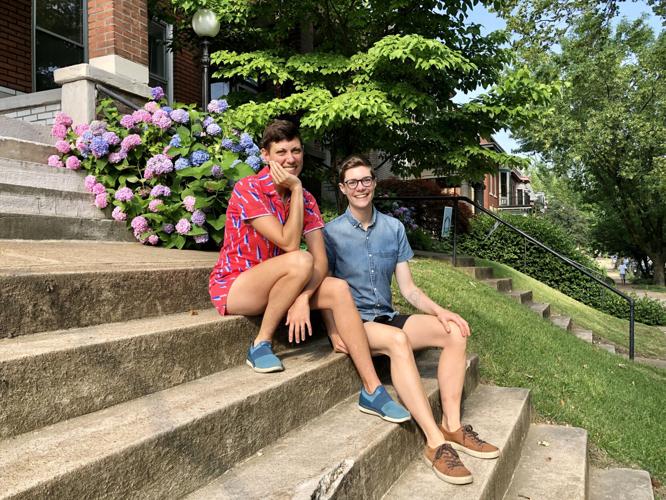 When Mike Hastings and Armando Vasquez were in the beginning phases of creating their tropical-themed cafe Anchor Island Coffee in Kansas City two years ago, they hid that they were a couple.

Before starting their business, the two lived in Overland Park, Kansas, where they felt less accepted than they do in their current community. They decided to come out as gay when they had to sign the lease for their business space.

“We wanted to be upfront and honest with them about who we are and what we’re going to do before we enter into that lease,” Hastings said.

The decision to publicly disclose their relationship did not come without challenges – some people in their lives no longer talk to them, Hastings said. Vasquez in particular was not accepted by some members of his family.

But by doing so, the couple created a space accepting of the LGBTQ community.

“We’ve had a number of kids that are coming out in their middle school and high school years that live in our community that have been bringing their parents to us because we are an inclusive and supportive business,” Hastings said.

A recent report from New York-based Out Leadership ranks Missouri 35th out of the 50 states for its LGBTQ inclusion and protections. The group measured components such as legal and nondiscrimination protections, health care access and work environment. Missouri’s score decreased in every category from last year.

This climate creates challenges for LGBTQ business owners, who must often navigate social and legal barriers on top of the typical risks of starting a business.

When Caitlin Cunningham opened The Dandy Lion Cafe in Ashland at the end of March, they knew not everyone in the rural community would support the openly-LGBTQ space. But Cunningham, who uses they/them pronouns, wanted to create a welcoming and accepting place, so they moved forward anyway.

“In rural Missouri, for individuals who are outside of the status quo, outside of the norm, to try and make any kind of headway at all in terms of owning a small business, there is definitely rumblings of ‘Oh the audacity,’” Cunningham said.

When the cafe opened, Cunningham did not feel accepted by some people in the local business community. They said they installed security cameras outside the cafe to protect their eight employees, five of whom are teenagers. It’s something that might not be a priority for businesses with heterosexual owners, Cunningham said.

The Dandy Lion Cafe flies LGBTQ and Black Lives Matter flags outside, a decision that elicited warnings from local business leaders. Cunningham received emails urging them to remove the flags to avoid losing business. But for Cunningham, creating a cafe that is authentic to what they stand for means more than bringing in business.

“Finding that balance between being able to offer those opportunities for staff members to work in a space that is safe and inclusive but also still being able to afford having those staff members is the cost and bounds that every business owner is familiar with,” Cunningham said.

Cunningham has developed several connections with customers that have made the experience worth it. Cunningham is proud to own a space in Ashland where LGBTQ customers feel that they don’t need “permission to exist.”

Cunningham recalled a customer who said she was considering leaving Ashland to protect her child, who identifies with the LGBTQ community. But the space that Dandy Lion Cafe created made the customer reconsider, Cunningham said.

“It’s hard for me to enjoy the impact that I know the cafe is making when it is always breathing down my neck that I might not be able to continue to provide this space for people,” they said, tearing up. “That’s what’s the most important, not making money from this space (but) just being able to keep the doors open.”

Cunningham would like their business to have a more equal playing field with longtime established businesses in Ashland in terms of connections and resources.

“I worry sometimes that there’s a bit of gatekeeping,” Cunningham said. “(Business leaders) can identify businesses that may need that taller block so that they can see over the fence, so that they can participate in the conversations so that we aren’t existing in an echo chamber.”

Sophie Mendelson, co-owner of Sugarwitch in St. Louis, said she has had an overall good experience with community support since opening her ice cream sandwich shop last year, but sometimes people will assume she’s not the one in charge.

“It’s the little things,” she said. “It’s the contractor who asks for my husband or who wants to speak with what they presumed to be the real authority.”

Mendelson has recognized this trend among her surrounding restaurant world. “It is still in many ways the good old boys club,” Mendelson said.

Brandi Artis, the executive chef at 4 Hens Creole Kitchen in St. Louis, is proud to have the same support as a queer Black business owner that she and her wife received when they lived in Chicago. The couple moved to St. Louis about a year ago.

“I love the fact that my family is different,” Artis said. “We represent something different for the community and the people that are in our lives and that love us.”