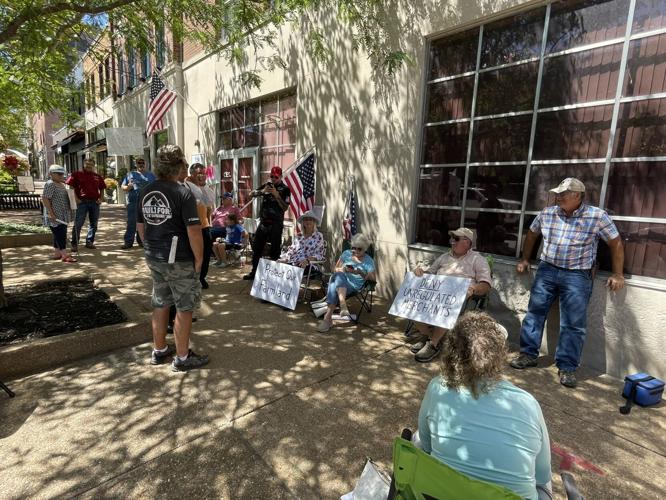 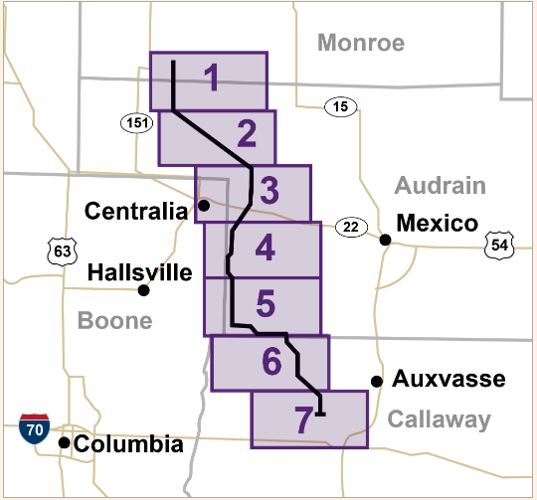 The line is slated to be built in Audrain, Callaway and Monroe counties.

Invenergy said the transmission line will provide the equivalent energy of two nuclear power plants and save Missourians an estimated $4.6 billion.

"Grain Belt Express enables the ability to tap into some of the lowest cost energy sources in the entire United States of America," Whitty said.

However, farmers still have their concerns. Specifically, farmers are concerned about the use of eminent domain.

Eminent domain allows for private property to be used for public use after compensation for the land. For farmers, this means some farm land can be bought by Invenergy to run their transmission line. Under House bill 2005 which was signed into law in June, farmers must be compensated at 150% of land value.

"That footprint will take up less than 1% of the overall acreage in easement," Whitty said. "Land can continue to be farmed, grazed, used as it is today."

However, for farmers who share their land with large power lines, the decision isn't that simple.

Cam Moore attended the protest to support local farmers. He said it's very hard to give up even a small part of land.

"Eminent domain has nothing to do with the value of the property," Fischer said.

The second concern among farmers is that it's unclear where the energy from the line is coming from and who it's going to. One provision under HB 2005 says electrical corporations "must have a substation or converter station in Missouri that provides an amount of energy proportional to the length of their transmission line within the state."

Whitty said the energy is coming from southwest Kansas, which holds a large amount of solar and wind energy. However, farmers are also concerned over where the energy is going. Farmers claim Invenergy will not say who the customers will be.

However, Whitty said Invenergy does have energy recipients in Missouri.

"Grain Belt Express does have a customer," Whitty said. "It's a group of 39 municipal utilities, which are hometown communities in the state of Missouri."

Invenergy said it submitted its final proposed route for the Tiger Connector to the Missouri Public Service Commission for review and approval this month.

A detailed map of the line can be found on the Grain Belt Express's website.

This story was republished from KOMU.