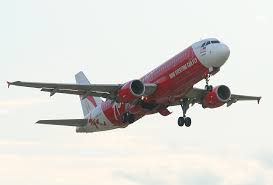 The price index for U.S. imports rose 0.5 percent in October, the U.S. Bureau of Labor Statistics reported Friday, following increases for each of the previous two months. Higher fuel and nonfuel prices each contributed to the October advance. U.S. export prices were unchanged in October after increasing 0.8 percent in September.

Import prices from China fell 0.3 percent in October, the largest monthly drop for the index since a 0.4 percent decline in April. The October decrease followed a 0.2 percent decline in September and for the second consecutive month was driven by lower prices for computer and electronic products, down 0.4 percent in October after declining 0.6 percent the previous month.

Import air passenger fares rose 2 percent in October following declines in each of the previous three months. The October advance was led by a 3.7 percent increase in European fares. Overall, import air passenger fares advanced 3.1 percent between October 2011 and October 2012. The price index for import air freight increased 1.3 percent in October, while decreasing 2.7 percent over the past year.

Missouri registered nurse pay ranks in bottom half of the US