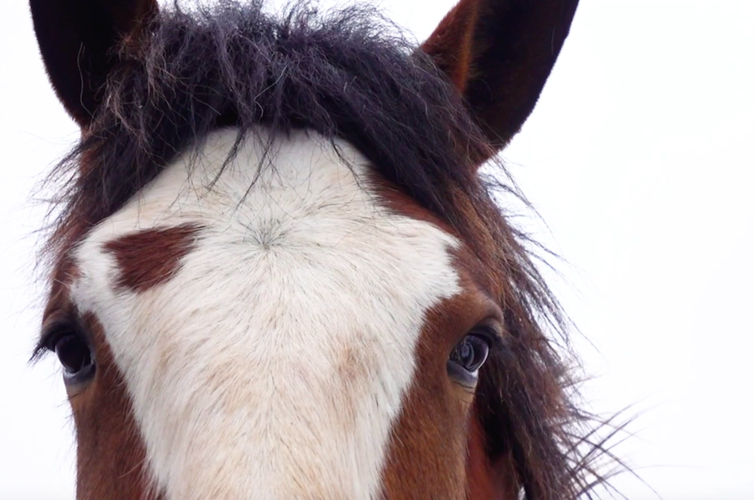 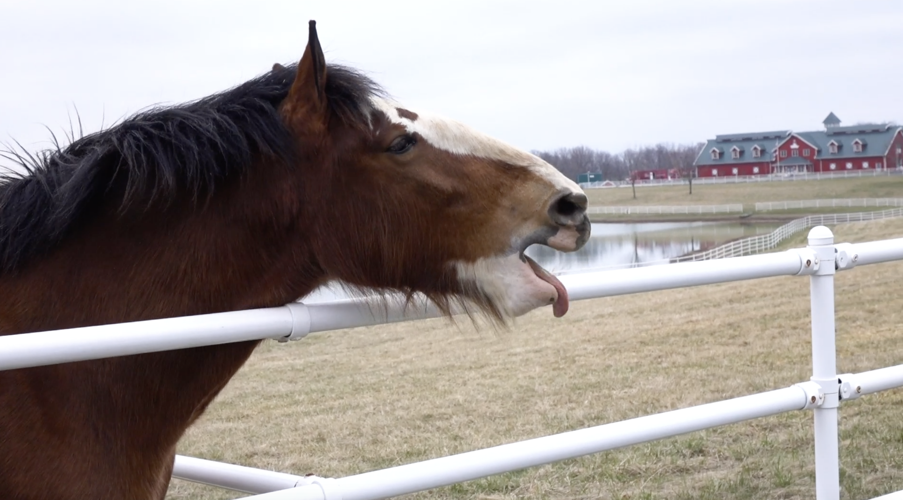 It is a chilly day in early spring when Warm Springs Ranch in Boonville opens its gates to guests from across the Midwest and beyond for its 10th anniversary. Despite a decade in operation, Budweiser’s largest Clydesdale breeding facility shows no signs of aging. The lawns are perfectly trimmed. The horse stalls are meticulously maintained. Every brick, board and coat of paint appears brand new and carefully chosen.

It’s a sign of how prized these horses are to the Budweiser brand and its parent company, Anheuser-Busch InBev.

“They have to meet certain requirements to join the world-famous Budweiser hitch,” said John Soto, supervisor of Warm Springs Ranch, who’s responsible for overseeing breeding operations and continual care for the horses. “Not just any Clydesdale can be a Budweiser Clydesdale.”

Similarly high standards apply to any iconic corporate mascot, branding experts say. It takes creativity, consistency and dedication to craft a powerful and lasting brand story, they say, and the Budweiser Clydesdales serve as an example of how to do precisely that.

“You can’t run one campaign and expect it to be super successful. You have to do it over and over again and commit to it for years,” said Ben Parr, who wrote about Budweiser’s Clydesdale ads in his book “Captivology: The Science of Capturing People’s Attention.”

The Budweiser Clydesdales have been around since 1933, when, according to Anheuser-Busch lore, August A. Busch Sr. received a six-horse Clydesdale hitch from his sons to celebrate the repeal of prohibition. The company claims the presentation was so powerful that it moved people to tears. Thus a symbol was born, and it’s been the heart behind the Budweiser brand ever since, said David Aaker, a brand strategy expert and professor emeritus at the University of California Berkeley’s Haas School of Business.

“The Clydesdales are a great example of how a symbol can be the vehicle to help create a story and to keep it alive,” Aaker said.

Though they may not affect the sales of Budweiser in the short-term, they’re the basis of brand vision, Aaker said.

Aaker describes signature stories as those that reflect a brand’s core values. Signature stories should deliver meaning behind the brand vision that is compelling, involving and authentic.

“Too often, a signature story struggles to be heard over time,” he said. “Sometimes, it falls into the background or is even forgotten. Budweiser is a role model on how to keep the signature story alive.”

For companies that are just starting out, the goal of a brand ambassador or mascot is simply to get people’s attention, Parr said. The first step is understanding your brand, he said, and being able to explain it in the simplest way possible.

“The truth is, it’s a little bit of an art and it’s a little bit of a science,” Parr said. “The science is data. Test out different pieces of your ideas with friends, with small focus groups. When you do run a campaign, you have to measure its effectiveness. As for the art, it’s all in the story you choose to tell. There has to be a sense of morality that’s easily accessible.”

Budweiser now maintains traveling Clydesdale hitches in St. Louis, as well as in Fort Collins, Colorado, and Merrimack, New Hampshire. The draught horses, originally from Scotland, weigh between 1,800 and 2,300 pounds. Though it takes a trio of 50-foot tractor-trailers to get just one team to an appearance, the Clydesdales manage to make 300 bookings a year.

The brewery has been broadcasting Clydesdale commercials since a spot in 1967 featuring horses pulling a wagon full of men as a song about the “king of beers” plays.

“The core of it is that there is this consistent imagery that Budweiser is always putting out,” Parr said. “It’s consistent year after year. If you think Clydesdales, you think Budweiser, and you always think about the same type of things. They are majestic. They are protective. They are strong. These positive qualities then end up transfering over to the Budweiser brand.”

Clydesdales have been a part of the biggest television event in America, the Super Bowl, since the 1986, when the Clydesdales tramped through the snow while a chorus chirped, “When you say Bud, you’ve said it all.”

The 2018 Super Bowl ended a 17-year streak of Clydesdale commercials in favor of a 60-second spot that touted Anheuser-Busch InBev’s philanthropic water giveaway program. The announcement that Budweiser would not be featuring the beloved horses in a Super Bowl ad was even picked up by numerous different news outlets.

Soto, the Warm Springs Ranch supervisor, understands. Despite seeing the Clydesdales daily, he still finds himself in awe of the gentle giants. “As a horse person, to see something that big and massive and magnificent … ” Soto said, “it always kind of takes your breath away.”